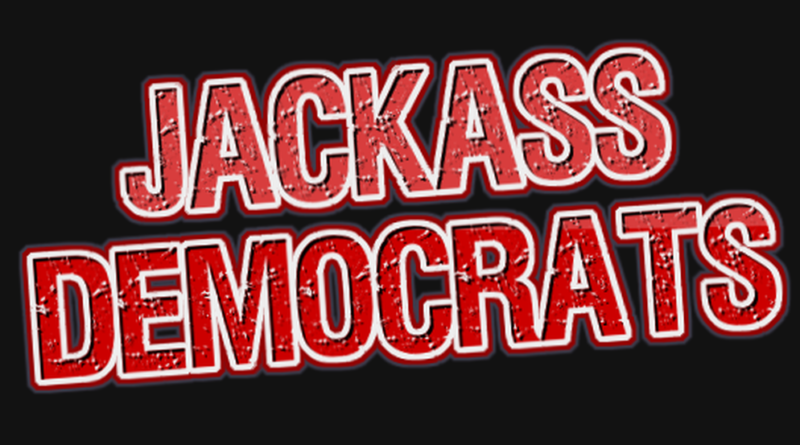 Time is precious here, they can do so much damage in so little time in office.
The fix has been in for years, the Nazi Democrats do what they want, say what they want, and you can’t touch them. If someone with the experience of how to get a boycott campaign going like the low life liberals have done in the past, then it would crush their propaganda machine, it would dry up their funds to promote their dirty deeds. The Nazi democrat tactic of destroying people’s lives that have dared to speak out against the atrocities committed by the Nazi democrat party, has to be answered swiftly and decisively. There can be no fence sitting because the consequences will be devastating for the entire population of the nation. 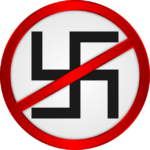 Boycott social media, close all accounts on Facebook, Twitter, YouTube and Google among others. The fewer people using their services means less money from advertisers. This alone would drastically reduce their revenue generated from ads that target you and others by using your personal information.  It’s all about money when it comes to fighting a war. It takes money to fund a campaign, whether it’s a war of words in public forums or a conventional war with planes, tanks, missiles and guns. It takes money to buy those things and the same goes for the social media war, it takes money to pay for the servers to host the mega social platforms. If we can interrupt the money supply they won’t be able to buy those things.

The sooner everyone closes their accounts on the Nazi Democrat social media platforms the sooner you can reduce their ability to spread their propaganda. For every Nazi Democrat propaganda social media company that supports the Nazi democrat Party and wages war on American citizens, there are others that believe in free speech and won’t censor your ideas and words. The free speech social media outlets won’t steal your personal data to sell to other corporations that are supporting the Nazi democrat takeover of America. The sooner people start using the alternative free speech platforms, and support them, the sooner they will be able to grow in size and provide us with all the things we need to let our Anti-Nazi Democrat voices be heard.

Since the alternatives don’t steal your personal and private information to sell to advertisers, their business model doesn’t depend on censoring your comments or opinions. Some people complain the alternative’s user interfaces aren’t as polished as the established major players. That might be true, but all the major ones started small too. The more people that join and use the alternatives, they will get better and better as well. As they are now, it’s much better to be free with the alternatives than to be used and abused by the major players as they are now. The reward is a satisfying feeling of knowing you’re not helping fund the destruction of America’s freedom by supporting the Pro Nazi democrat social media outlets like Facebook, twitter, YouTube and google to mention a few.

With Google, Yahoo and other freebie email services they offer a lot of free apps to use online supposedly to make your life easier. All it is though is a way to invade your privacy, sell your personal information and to entrap you into using their slave apps. They get people hooked on the junk just like drug dealers do to people by giving them enough drugs free to get them hooked, then it’s so hard to break the habit, Google, Yahoo and the others have customers for life.

There are security minded alternatives though, not many, but the few that exist are head and shoulders above Google, Yahoo and the rest. If you’re tired of being spied on, and used for profit like a slave, then give the others a try. Once you get use to them and understand the differences, you will be glad you did.

We need to actively mobilize against the offending social media giants and the corporations that fund them through advertising dollars. The best way to do that is by writing letters and sending emails to corporations you see advertising on the offending social media outlets, and tell them why you will no longer buy their products or use their services. Explain how you don’t like censorship and you want it stopped. If enough people actually follow through with this it will make a huge difference.

If traveling through the states in question, don’t spend any money there, for anything. The only thing you might have to spend money on is gas in some situations. Fill up your gas tanks just before crossing the state lines so as to limit any need to buy as little gas as necessary in the states with the traitorous politicians. Don’t spend any money in those states with tourism dollars, boycott businesses in those states until the states officials undo the fraud. Until they start prosecuting individuals that participated in the voter fraud scheme.

Remember, conservatives have the actual jobs, generally speaking, the liberals by and large are welfare queens, unwilling to work to support themselves, so the Nazi Democrat party steals your hard earned dollars to give them free money every month to buy their votes. You as the voter have the power of the bank account. Use it while you still can. While there’s still jobs around, before the Nazi Democrats kill the jobs and destroy the economy as they did before. It will take a while, but it will be the only thing they understand. If you take their money away from them they can’t use it to perform these traitorous acts against America any longer.

The only way to be successful in defeating the Nazi Democrat Party from continuing it’s relentless attack on the freedoms of all Americans, is to be organized, and have a plan. Every war needs leaders to lead, to make plans and to initiate those plans. Without organization any plan will fail to meet it’s goal. The Nazi democrat Party has such a huge advantage when it comes to getting the word out to it’s followers. Like their Nazi predecessors from years past, they have followed Hitler’s plan to a tee. They have all the propaganda outlets you can imagine. They have been successful in silencing the opposition by intimidation, physical violence, destruction of property, causing the loss of employment to anyone that speaks out and even taking of a life of people that dare speak out against the Nazi Party movement.

We have to be sincere, devoted and dedicated to stopping the advancement of the Nazi Democrat Party and it’s goal of destroying America’s freedoms and plunging us into a socialist nightmare. Whether it’s Nazism, socialism, communism or any ism of you’re choice, they all lead to the same place. They lead to a road of death and destruction, to all of the citizens who are unlucky enough to live in one of those countries.

1776 was a time to be remembered and respected. A generation of Americans who refused to live under the rule of an oppressive government. They had no fighting skills, no military training, just a band of farmers and store owners. They took on the World’s Greatest Military in history at that time, and they did it with pitch forks, rakes, shovels and some rickety firearms.

I’m sure some Americans still remember about ” The Shot Heard Around The World “, some that are old enough to have had history taught in school. It was an event that will never be forgotten by many. That shot for our generation has already been fired, it’s up to all Americans, the True Americans to take up the fight for freedom and continue on. There may be a civil war once again in America. That’s something no one wants, but it’s a better choice than living in slavery to an oppressive socialist state like the Nazi Democrats want to establish here in America.

We Need Experienced Organizers To Develop strategies For Boycotts

The time is now for people with the knowledge and skills for organizing people to initiate boycotts. We need to have strategic and focused plans of economic penalties for offending States, Politicians, Corporations that willfully commit acts of TREASON against the United States Of America.

We can’t play around, this is serious business and needs to be taken serious. If we don’t act now, and act decisively, we could end up losing the freedoms our forefathers and ancestors spilled blood and died for to leave us a precious gift. FREEDOM.

Please don’t sit on the sidelines and watch as America is over run by Traitorous Nazi Democrats and their domestic terrorist groups BLM and Antifa stealing that gift. Let’s not make it easy for them. Make them work for it. And we all know how non existent the work ethic is for the Nazi Democrats. They’d rather sit at home and collect welfare than work. They’re lazy. They don’t have what it takes to continue a long drawn out battle. The true Americans still have what it takes to rise to the occasion, I hope enough of us remember that and do it before it’s too late.

We’re All In this Together

Anyone that has anything to offer in the way of initiating a boycott plan successfully, please leave a comment in the comment section. And we will be glad to pass it on.